From the moment he burst onto the professional golf scene, Tiger Woods has been an unstoppable juggernaut. He won his first Masters in 1996 at the tender age of 21, and has since then racked up 14 major championship wins. He married a beautiful Swedish model, and is estimated to have earned close to a billion dollars in the 11 year span between 1996-2007. He has been an inspiration to millions, and a role model to countless children all over the world. Recently, however, things have begun to take a turn for the worse.

In 2009, a massive scandal erupted when it was discovered that Woods was involved in at least a dozen illicit affairs with women all over the country. This revelation led to the dissolution of his until then, ideal marriage, and also led to several major sponsors removing him from their rosters. This scandal was not enough to completely derail his career. Most of his sponsors resigned him within months, and the few that did not were quickly replaced with rival companies looking to capitalize on the inevitable resurgence of his enormous talent.

Despite battling significant back injuries, Woods was able to return to competition in 2013. It appeared as if things were finally back on track for the golf legend. Then, this happened: 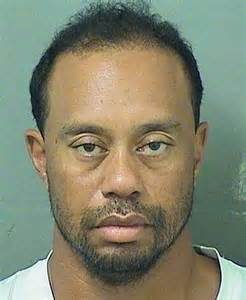 This past Memorial Day weekend, Tiger Woods was arrested on suspicion of DUI. His car was discovered parked in a traffic lane with Woods asleep behind the wheel. Woods was given a Field Sobriety Test which found him shaky and unresponsive. He was then given a Breathalyzer, which shockingly, he passed. That’s right, Woods blew a 0.00. As you can tell from the above mugshot, this was not enough to save him from an arrest.

Woods has claimed that a combination of prescription medications had an unintended effect which led to him suddenly becoming drowsy behind the wheel. While this does seem a bit better from a media standpoint, it certainly does not absolve him of the charge. Now it seems that his remaining sponsors including Nike, Rolex and Upper Deck are reconsidering their relationships with the troubled athlete. 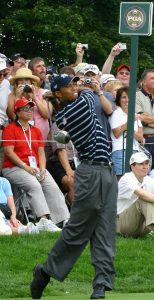 With all of the controversy and career setbacks he has had to endure recently, he has still managed to have unwavering support from his well-paying sponsors. Now, however, these relationships are most definitely in real jeopardy the likes of which he has not faced before. Because of a single, non-alcohol related DUI charge. Even the powerful and famous cannot escape the awful consequences of a DUI.

You, are not Tiger Woods. Whatever the outcome of his situation, he has a large and comfortable cushion of past earnings to fall back on. Make sure you have the best representation to give yourself the best possible chance for a positive outcome. Get yourself a Former Prosecutor now!