The new year is barely underway, and many of you are faithfully adhering to your new year’s diet resolutions …..right? Of course. Typically alcohol is a big no-no in most diets, as it is generally considered empty and unnecessary calories.  The ketogenic diet (AKA keto) is no different. The meat heavy diet is not compatible with a heavy drinking lifestyle, and even casual drinking is discouraged. One would think restrictions like this would make a breathalyzer test for adherents of this diet a breeze to pass. However, due to a strange quirk in the way our bodies metabolize alcohol when on a strict keto diet, you would be wrong. 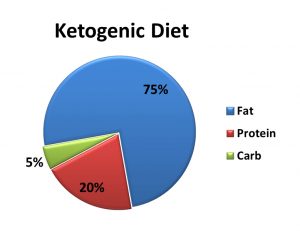 A study published in the International Journal of Obesity details the story of a 59-year old man who attempted to drive a car that was outfitted with an Interlock Device. It is important to note that the car, and therefore the device, was not actually his. Regardless, he blew into the device and failed. This by itself is not unusual, however, the man was ‘teetotaller’, which means he did not consume alcohol in any form whatsoever.

After some investigation, it was discovered that the man had been following a strict ketogenic diet, which prompted researchers to investigate any possible connection between the false positive and his eating regimen. It turns out there is a very strong connection between the result and his diet after all. The technical explanation can get a bit complicated so I will simplify a bit. A ketogenic diet leads to a higher concentration of acetone in the bloodstream. The chemical changes from a heavy keto diet breaks the acetone down into isopropanol. Isopropanol alcohol is then detected by the machine.

Whew. That was some heavy stuff. This case is a classic example of why it is crucial to make sure you have the best defense on your side when you are facing a DUI charge. Verifying that test results were done properly and that all factors have been taken into account can mean the difference between a dismissal and a conviction. Make sure you have the best defense you can get, find a Former Prosecutor now!

Up In Smoke: New Technology Set To Crack Down On Stoned Driving