Despite the many great advances in technology we have made over the years, our methods for reliably detecting impaired driving are few. Law enforcement typically relies on three main tools to identify whether or not a driver is under the influence. Breathalyzers, blood tests, and field sobriety testing. All three methods are prone to error, and only the blood test has the ability to measure any level of narcotics that might have been ingested by the driver. Eshan Danesi of Simon Fraser University believes he has found a more reliable testing method.

Using a portable device that drivers wear on their face much like one would wear a VR headset, software records subtle eye movements. A series of lights flash on the screen and the movement and shift speed of the pupils is carefully measured. After all of the data is recorded, the software runs a comparison check using predetermined values that indicate drug or alcohol use. The machine can be configured to recognize the use of specific drugs as well, and differentiates between cocaine use and LSD for example. 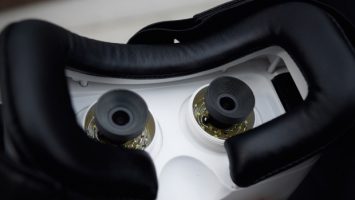 Although the machine is intended to replace the standard practice of field sobriety testing, blood tests and breathalyzers will still be used to confirm the presence and amount of drugs or alcohol in the bloodstream. The device is still in the testing phases and likely won’t see real world application until 2018.

This technology is a controversial new step in the way law enforcement will detect and ultimately prosecute DUI’s in the future. Having a skilled attorney fighting for you will be more crucial than ever as these new methods are deployed against drivers nationwide. Get a FORMER PROSECUTOR on your side today!