Theodore James Purdy II of Topeka, Kansas was having a nice afternoon last October. He hopped on his lawnmower and took a short drive down the block to visit his son, and had himself a few beers and several shots. Afterwards, he hopped back on his lawnmower and began his short trip home. Suddenly a cop pulled beside him and rolled down the window. Purdy had placed a can of beer atop the mower which the cop had noticed. Purdy pointed out that the can was unopened which led to the question of whether or not Purdy had been drinking. Without thinking, Purdy answered yes. After all, he was just driving a lawnmower, you couldn’t possibly get a DUI for riding a lawnmower, could you? 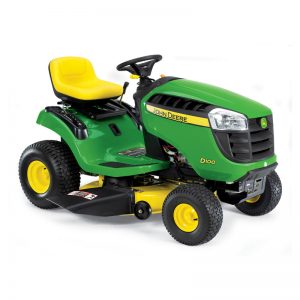 As it turns out, yes, you absolutely could.

Purdy was given a roadside breathalyzer test and blew a .180. Almost twice the legal limit. He was promptly arrested and charged for DUI. To make matters worse, it was his second DUI within the Kansas Look back period. Purdy was adamant that his mower should not be considered a motor vehicle. After all, it does not require tags, tail-lights, and many other details that would be necessary on a typical automobile. However, a close look at the Kansas Statutes shows that, [“Vehicle” means every device in, upon or by which any person or property is or may be transported or drawn upon a public highway, excepting electric personal assistive mobility devices or devices moved by human power or used exclusively upon stationary rails or tracks.]

(Note the stark contrast in vehicle definition from state to state, as demonstrated in an earlier blog entry regarding a Florida DUI stemming from a motorized wheelchair)

Purdy was later able to get his case dismissed in court, however, his license suspension remained intact. He was also required to install an ignition interlock device until 2019. These requirements were handed down by the Department of Revenue and can only be contested separately from any penalties the court may assign.

Although Mr. Purdy was ultimately cleared of criminal charges, he will still pay a heavy price. This may be a rare situation, but the consequences are anything but. Make sure you are being represented by the very best there is, get yourself a FORMER PROSECUTOR now!