If you are pulled over on suspicion of DUI, you can be certain that at some point, you will have to blow into a breathalyzer. Breathalyzers are not as accurate as a blood test, but they certainly are enough to get you convicted in a court of law should they record your reading as over the limit. Occasionally the result of a breathalyzer will be challenged in court. This may be because it was considered improperly administered, or that the device was not calibrated properly. If it can be proven that the device was faulty in some way, it is very likely that the results of that test will not be admissible as evidence, helping the defense enormously. 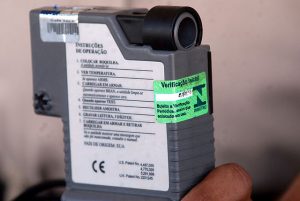 These cases are rare however. But it seems that there may soon be a rash of breathalyzer results that will be called into question in Philadelphia. A report has surfaced that thousands of breathalyzer results obtained in the first half of 2016 were measured on improperly calibrated devices. In order to properly calibrate devices, officers must use a liquid provided by a third party that determines the capability of the machine to obtain accurate results. In this case, it was determined that anywhere between 500-1000 machines were calibrated using liquid that had already expired.

This revelation will most likely call many guilty verdicts into question. It is important to note however, that a guilty verdict is not completely dependent on the results of breath or blood tests. As always, field sobriety tests and the observation and testimony of the arresting officer is alone enough to secure a conviction.

Although law enforcement would like us to believe that our systems are safe and foolproof, we very often find that things aren’t always up to the standards we expect. Knowing the law from an insiders perspective is a major advantage in a court of law. A FORMER PROSECUTOR will know how to best take advantage of any opportunities that can be beneficial to your defense, such as a faulty breathalyzer device.

major changes to blood testing on the way?