Last month celebrity ESPN anchor Chris Berman received the heartbreaking news that his wife had died following a car accident that involved alcohol. Her BAC was recorded at .26, which is more than three time the legal limit in the state of Connecticut.

She had spent the afternoon at an oyster bar in Woodbury town having lunch with her sister. During her meal, she consumed several alcoholic beverages which allegedly led her to drive intoxicated. The resulting crash killed her, and the driver of the other vehicle 87-year-old Edward Betulis. Now the family of Mr. Bertulis is seeking damages from the restaurant for serving her alcohol after she was already visibly intoxicated. 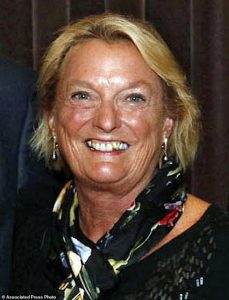 Serving alcohol to a visibly intoxicated patron is prohibited under the ‘Dram Shop Act’ in the state of Connecticut, and it appears that the restaurant may very well have to cough up upwards of 50,000 dollars to settle the case being brought by the family of Mr. Betulis.

Whatever your own situation might be, make sure you have the best counsel available to fight for your rights. Find yourself a Former Prosecutor today!