UFC Hall of Famer Stephen Bonnar found out the hard way last week that sometimes the hardest hits you take come out of the ring. He was arrested last week in Las Vegas, Nevada. He was pulled over at 1:15 am after being clocked at over 90 miles an hour. It’s possible that in his impaired state his training may have kicked in because there was an altercation at the scene that led to further charges of resisting arrest and disorderly conduct. 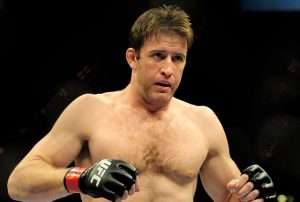 The officers began to suspect his vehicle after observing Mr. Bonnar appear to be driving recklessly in addition to his high speed. Bonnar had been trying to get his career back on track after having lost his last fight in the UFC. He is currently attempting a comeback of sorts via professional wrestling. With this DUI arrest hanging over him, it’s possible that he may have some trouble attracting sponsors and companies that would want to work with him.

Don’t let a mistake derail your life and career. Get yourself the most knowledgeable and experienced attorney you can. Find a Former Prosecutor today!