Come On Take A Free Ride

New Year’s Eve is one of those rare days when people all around the world gather to celebrate the coming year. For one day, the entire world turns into one giant party. One giant, and often very drunk party. Unfortunately, this often can lead to some very poor decision making, such as choosing to drive home after having had way too much. This problem can be staved off simply by assigning a designated driver for the evening. However, that isn’t always possible.

Of course, there are always taxis, and these days, Uber and Lyft. Despite new methods in place to curb drunk driving, the numbers just keep rising. The Sheriff’s office in Macon County, North Carolina decided to take matters into their own hands this year. 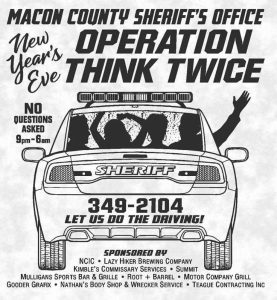 Amazingly, they were able to mobilize the entire fleet of vehicles in order to ensure that residents were able to get home safely no matter what. It’s refreshing to see a police force making an effort to see civilians are safe rather than focusing on the punitive rewards that drunken driving convictions can bring to local government.

Stories like these are way too far and few between. Always assume that law enforcement is not on your side because even in this case, they aren’t. Don’t be lulled into a false sense of security. If you’ve been arrested for driving under the influence, you need the best representation possible. Find yourself a Former Prosecutor today!