The US Women’s soccer team is one of the most consistently successful sides in the history of international women’s soccer. This is mostly due to having one the most talented pools of players in the history of the sport. Many of the ladies who compete on the highest level have done so together for many years, and thus have a feel for each other on the field that few other international squads can boast. One of the main architects of this powerful history making team is team captain Abby Wambach.

She has played in four different women’s World Cup teams, and was part of the team that won the last one in 2015. She also is part of the two gold medal winning women’s Olympic teams. Wambach has faced many difficult challenges in her life and has managed to come out a winner. Sadly, sometimes life can be way more difficult than getting the ball in the goal. 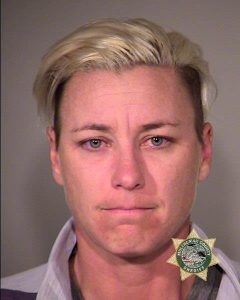 From hero on the field, to zero in the pen. Early last month Abby Wambach was arrested in Portland, Oregon on suspicion of DUI. She was given a standard field sobriety test, which she failed. She was also given a breathalyzer, which she also failed. She admitted in a public statement that she had been drinking earlier at a friends house, it is unknown how that will affect her case, but it is not likely to be helpful.

Wambach will likely learn a hard lesson from this experience. Make sure you have the best chance to avoid that same fate! Find yourself a FORMER PROSECUTOR today!

major changes to blood testing on the way?