Can you be arrested for DUI/DWI even though you’re completely sober? Shockingly, the answer is yes. In a recent reddit thread /u/mikelocke describes his disturbing situation. He was stopped at a DUI/DWI roadblock, given a field sobriety test which he failed, and was promptly arrested.

“The field sobriety test reads as: 0/6 clues, 2/8 clues (misses heel to toe), and 0/4 clues….Got the blood test results back and there are no signs of anything in my system”

According to the SFST (Standardized Field Sobriety Test) instruction sheet, these “clues” are derived from a series of actions the officer will ask you to perform. Actions range from step counting and eye gaze tracking, to the somewhat ridiculous task of hopping on one leg. 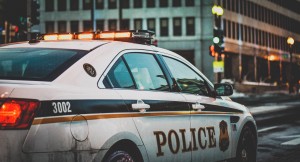 You read that correctly. Your sobriety will be judged in part by your ability to play a one person stationary game of hopscotch. It would be funny were the consequences not as serious as they are. If you happen to be clumsy, or have some sort of physical impairment not obvious to the naked eye, there is a very good chance you will be spending the night in prison through no fault of your own.

In the hands of an experienced and skilled attorney, a clean blood test like the individual above described would be a major victory for the defense. However, it is just as likely that incompetent legal guidance will cost you dearly despite your complete innocence.

Nightmare scenarios like this one are more common than they should be. It’s awful, and unfair, but what incentive is there to make things fair? State governments pull in millions in revenue every year from hard luck cases just like this one with absolutely no mercy, and no remorse. Don’t be another tick in state revenue. Get A FORMER PROSECUTOR who will be just as ruthless as the government they were taught by, fighting for your rights.

DUI/DWI and your military service

Alcohol Monitoring: A look into the future