Things aren’t looking too sunny for Orange County Superior Court Clerk Jose Lopez Jr. after being accused of taking over $250,000 in bribes to fix what may end up totaling over 1,000 DUI criminal cases. Lopez utilized a team of ‘recruiters’ that would spread the word outside the courthouse that certain cases could be ‘taken care of’ for a price 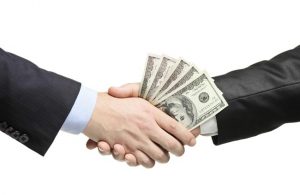 Of particular importance is the fact that he mostly dealt with DUI cases, and specialized in making it seem as if second time DUI offenders had served jail time when they had not. As this story began to unravel, judges began to reopen older cases and re-examine whether the defendants had taken advantage of Lopez’s scam. In many cases, it was found that fines were never paid, and jail sentences were never served as ordered.

Naturally, the prosecutors and judges were not pleased with these findings and had the defendants in cases that were confirmed to be tampered with dragged back into the courtroom. These defendants were then ordered to pay fines and serve jail time, sometimes years after their cases were ‘resolved’.

Authorities claim that they dealt with all tampered cases, but I would argue that after a case like this, Orange County authorities themselves are suspect. It is quite possible that some of the ‘tampered with’ cases were in fact not tampered with at all. Instead, it is possible that some who had, in fact, paid their debts, had to once again get dragged through the system in order to appease the angry public.