Most of the time when you hear about a DUI charge, it involves an incident where a motorist has been found to be driving after having become intoxicated. Earle Stevens Jr. of Indiana River County in Florida had a different idea.

He was nabbed after having gone through a McDonald’s drive-thru. A woman ahead of him called the police after Steven’s car bumped into her several times during the wait. Upon being pulled over he admitted that he, in fact, did not possess a valid Florida drivers license. It was then that the officers caught a strong odor of alcohol coming from his vehicle. 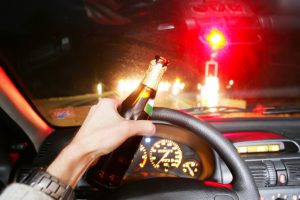 Steven’s defense was simple. He wasn’t actually drinking AND driving. He would only take swigs from his bottle of Jim Beam while his vehicle was stopped. At traffic lights and stop signs for example. He was quickly taken into custody after his breathalyzer test came back at .153. Way over the legal limit.

Mr. Stevens will likely have a hard time coming up with a good defense in a court of law, but that doesn’t mean you have to. Get yourself the most experienced attorney you can. Find a Former Prosecutor today!