One of the most restrictive consequences of a DUI/DWI conviction is the forced installation of an Ignition Interlock Device. It is incredibly intrusive, and expensive as well. It is quite effective however, and will likely continue to be used as a deterrent to drunk driving for years to come. This doesn’t make it foolproof. Circumventing the required testing is as easy as asking a sober passenger to blow into the device for you. In that case the car would start, and you would be easily able to drive away. We already discussed a potential solution in an earlier blog, but Washington State has had a simple working solution for years now that utilizes easily obtainable existing technology. Now this year, Virginia is poised to start using it as well. 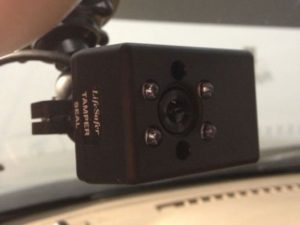 Cameras have been mandatory on Ignition Interlock Devices in Washington State since 2013. As of June, Virginia law will now require them as well.

The concept is very simple. You blow into the device, and it takes a picture of you. That’s it. Of course the photographs are time stamped and uploaded in order to avoid any tampering. Although it is way less sophisticated than touch sensors, or lasers, it seems to be no less effective. So far this requirement has only popped up in Washington State and Virginia. If the program continues to be successful, it may very well spread further and become required elsewhere. See our interactive map for more information on your local state laws.

If you are convicted of DUI/DWI, there is a very high chance that the prosecution will do everything in their power to ensure that you are burdened with this device for as long as the law allows. Protect your rights, and your privacy. Find yourself a FORMER PROSECUTOR now!