For years supermodel Stephanie Seymour has wowed magazine readers with breathtaking photographs of her modeling dresses, swimwear, and lingerie. Well now she has a new photograph that won’t be wowing the public quite as much. A mugshot. 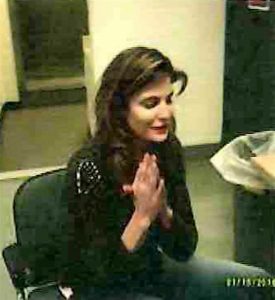 Seymour was arrested on a Friday night in Greenwich, Connecticut after backing into another vehicle while exiting the I-95. It appears she put her 2015 Land Rover in reverse accidentally and smashed into the vehicle that had stopped behind her. She smelled strongly of alcohol according to State Troopers that responded to the incident. They also observed that her eyes were bloodshot and she was unsteady. She failed field sobriety tests and refused a chemical test.

She was arraigned this month on misdemeanor DUI charges in a Connecticut courtroom. This is Seymour’s first offense which has worked in her favor considerably. Prosecutors have agreed to drop all charges against her if she agrees to complete the Connecticut Pre-Trial Alcohol Program. Considering the harsh penalties for DUI/DWI in Connecticut, she is very fortunate.

It is also very likely that she had quality legal defense. You don’t have to be a celebrity to have the very best in legal defense. DUI.Attorney offers the very best in DUI/DWI defense by making sure we list only the most experienced and skilled attorneys. FORMER PROSECUTORS have seen your case from both sides, and can give you the best chance for a result you might think is only possible for someone famous …like Stephanie Seymour.

DUI/DWI can lead to a manslaughter charge…..even if you weren’t driving!

DUI/DWI and your career in medicine: what you need to know