DUI/DWI can lead to a manslaughter charge…..even if you weren’t driving!

In October 2012 James Ryan had a night out. He went to Manhattan to party, had a few drinks, and at the end of the night decided to drive home to Long Island. He was pulled over after causing a minor fender bender on the LIE. He got out of the car, and Police Officer Joseph P. Olivieri got out of his cruiser and began to move across the lanes of traffic to examine the scene and assess the condition of the drivers. That was when he was struck and killed by an oncoming SUV.

James Ryan was already out of his car waiting for officer Olivieri to cross. Not driving, or even near his car. He is now facing manslaughter charges. How is that even possible? 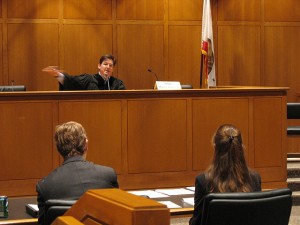 In legal terms Mr. Ryan is being charged under the principle known as “causation/foreseeability”. This allows the prosecution to charge a person for events that are foreseeable results of their actions. The defendant allegedly drove drunk, caused an accident and police were needed on the scene. Had the defendant not allegedly driven drunk, the police would not have been needed, and therefore the officers death could have been prevented. The driver of the SUV that struck the officer was not charged with a crime.

Prosecutors are always looking for ways to make DUI/DWI defendants suffer the very worst consequences allowed by law. In Mr. Ryan’s case, the manslaughter charge was initially denied by the judge. However, the prosecution appealed the denial and the appellate court agreed. This tenacious behavior is a hallmark of prosecutors nationwide. They want blood, and they will stop at nothing to get it.

(link to original story: This man wasn’t driving, but could go to prison for a DUI death)