10 years ago Keir Weimer was out on his boat having a great time with some friends on Fourth Lake in Herkimer County in New York State. Earlier in the day they had been drinking at a bar, and now they were zipping across the water on their way home. At approximately 1:30am, Weimer drove his 19 foot ski boat directly into a small island on the lake which sent one of his passengers, 20 year old Tiffany Heitkamp, flying through the windshield. Panicked, Weimer fled the scene by swimming to his family’s campground nearby, unaware that Heitkamp lay dying just a short distance away. 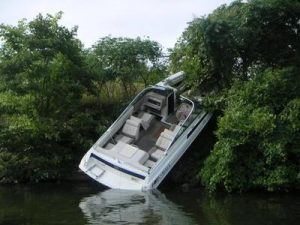 Prior to this incident, Weimar had been arrested twice for DUI. Once in May 2005 which he pled down to a lesser offense, and again in February of 2006. The case stemming from the February arrest was still pending at the time of the accident. Despite this, Weimar’s lawyers were able to plead down to second-degree vehicular manslaughter. As a result, Weimar was sentenced to a 2-6 year prison term. Weimar was released in 2011, after serving just 4 years of his term.

While in prison, Weimar wrote an autobiographical novel that detailed his struggles with alcohol addiction which he dedicated to Heitkamp’s memory. In it he expressed a strong desire to fight for a law that would ensure impaired driving would be taken into account in every case, regardless of the class of vehicle involved. He made good on his promise and even found an unlikely ally in the mother of Tiffany Heitkamp who forgave Weimar and joined forces to fight for the passage of what became “Tiffany Heitkamp’s” Law. 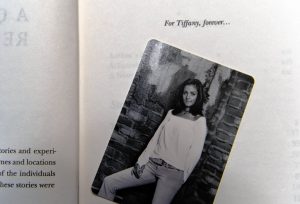 The New York State Senate passed the bill several times since it was introduced in 2007, however it could not seem to find enough traction to make it out of the Assembly intact. All of that changed this week when Governor Andrew Cuomo finally signed the bill into law. It will officially take effect on November 1st of this year. The law ensures that charges stemming from intoxicated driving and boating share a history, effectively creating a single look-back period for all vehicular infractions regardless of type.

The consequences for operating a motor vehicle in New York State while impaired are quite harsh, and now they just got much, much harsher. Many tools and techniques that defense lawyers have relied on in the past to get their clients the best outcome possible are no longer an option due to increasingly restrictive legislation being introduced all over the country. Having a working knowledge of both sides of the law is now more important than ever for an attorney to be able to mount the best defense possible. Get yourself a FORMER PROSECUTOR now!