Oscar “Golden Boy” De La Hoya could once do no wrong in a boxing ring. He won several titles and finished his career with an impressive 36 wins and only 6 losses. This year he took a loss much harder than any punch he would take in his long and storied career when he was arrested for driving under the influence. 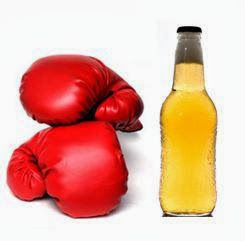 According to authorities, De La Hoya was arrested in January of this year after failing a field sobriety test. He is being charged with 2 misdemeanors and faces the possibility of 6 months in jail and up to a $1,000 fine.

This could potentially derail a very lucrative career that he has built for himself over many years of sweat and toil. Just because he made the mistake of getting behind the wheel after having a few drinks. It doesn’t matter who you are, if you are caught driving under the influence, the law will do their utmost to prosecute you to the fullest extent of the law.

You don’t have to be rich or famous to afford the best defense you can get. Get a Former Prosecutor on your side today!